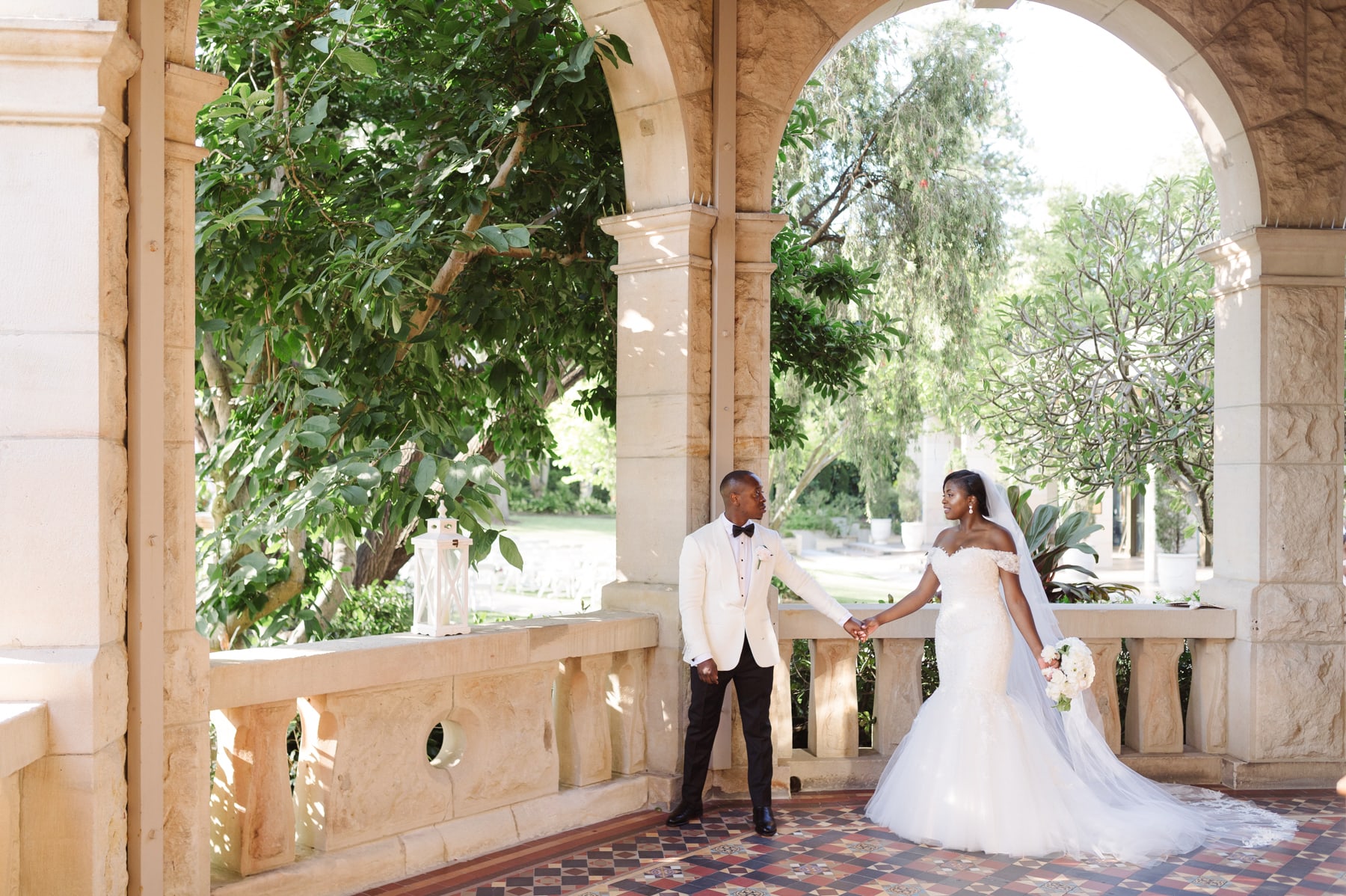 One of the highlights of any wedding ceremony, regardless of whether it occurs in a church, reception venue, or outdoors, is the moment when the bride walks down the aisle.

There is an excited murmur as the music announces the arrival of the bride, and all the guests stand and turn to watch her walk down the aisle, radiant in all her wedding finery.

Traditionally, brides walk down the aisle on the arm of their father. However as a leading Sydney wedding photographer, we have seen a whole range of alternatives to suit just about any circumstance. For example, a bride may choose to walk down the aisle:

Another possibility is the groom meeting his bride at the entrance so the couple can walk down the aisle together.

Terry and Juliana were married at acclaimed wedding venue, Curzon Hall, in Sydney’s Marsfield. The ceremony was held in the Garden Chateau in front of a Roman style rotunda, draped with a banner of roses and sheer white curtains.

Juliana was a vision of loveliness as she walked down the aisle, in an off the shoulder gown with tulle mermaid skirt – no wonder Terry was so moved when he saw his bride.

Terry looked dashing and debonair in black pants and bowtie which he teamed with a cream dinner jacket, a move which set him apart from his attendants. The groomsmen may have been dressed in black suits but the jackets were anything but plain, featuring a rich brocade texture – although it was not until the reception that perceptive guests would have realised that this style touch was inspired by the interior of the elegant Lady Mary’s Pavilion.

A soft shade of apricot was a fresh and summery choice for the bridesmaids’ dresses, and the floral decorations. In addition to their bouquets, the bridesmaids carried fans – a great idea for any summer wedding!

We were also impressed by the effort made by close family members, to ensure their outfits coordinated with the bridal party, which helped make for some impressive group photos.

Curzon Hall’s manicured gardens and opulent interiors set the scene for a fabulous wedding celebration and inspired some truly romantic images of the happy couple, by our Sydney wedding photographer.